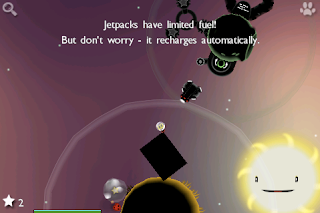 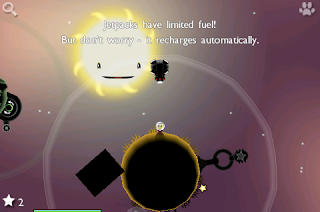 Things have been quiet for a while on the blogging front, so I thought I'd share a few bits with folks, just so you know I'm not dead, and nor is Incoboto.


Spy-bots went in today and they're creepy as hell. I'm not yet sure if they clash too much with the general cute feel of the game, but I love their floaty movement. Very, very unnerving. Their little eye-stalks track you, and light up red or green depending if they've acquired you as a target or not. Brrr...

In other news, I'm trying to simplify the interaction at the moment. Up until now, EVERYTHING was a physics object. While my physics system managed perfectly well, the poor player had to contend with hundreds of clickable, draggable, carryable objects any time anything exploded, shattered or... well, did anything, really.

As of now, I'm doing the 'nethack logic' thing. If I can't think of 3 reasons why something should be in the game I'm either adding reasons, or jettisoning the idea off into deep space... or into Helios if that's a more terminal metaphor. Personally, Helios gives me the willies when he's angry: 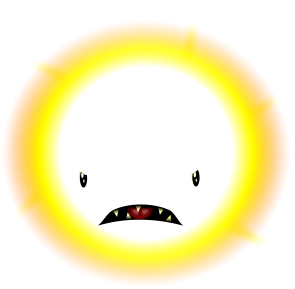 Not a friendly character when he turns. No, he's not based on anyone I know. Honest.
Posted by Dene at 10:03 AM No comments: